I have decided that Monday’s will be my regular posting days unless something comes up i want to share.  I doubt there will be much logic to what i post on Monday, just a random assortment of artwork I do through out the week.  So lets dive in!

I seem to have odd dreams every night that Brynn finds interesting.  The other night I had a dream I was Bill Murray.  Though he is an impressive man in his own right, in this particular dream I was also Spider man.  Bill Murray as Spider man, seems like the perfect combination when i think about it (maybe in a Wes Anderson directed movie).   So I went ahead and drew something up in my sketch book and added a bit of color.  So without further delay! 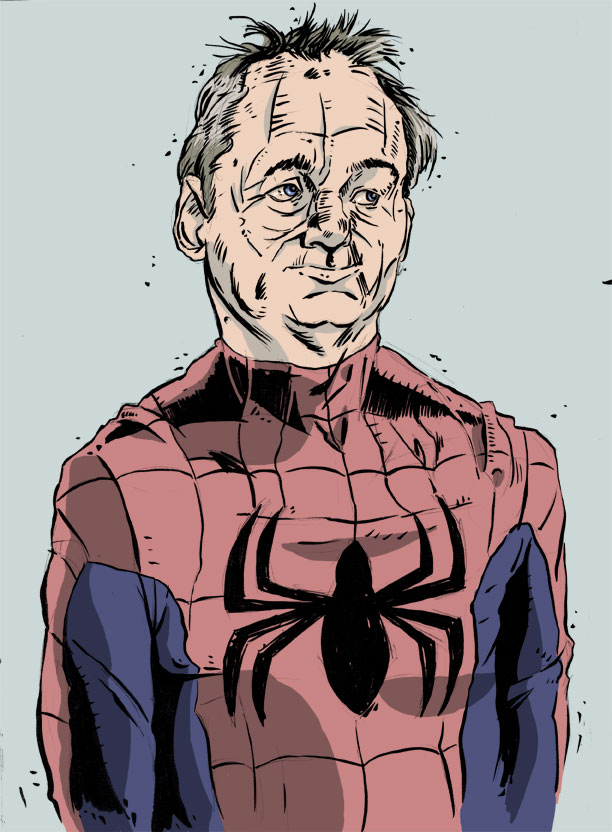 Also sometimes I say odd things during the course of the day and Brynn requests that I draw them for her.  For some reason I said the word Drunkopotamus at some point the other day and she wanted a visual. 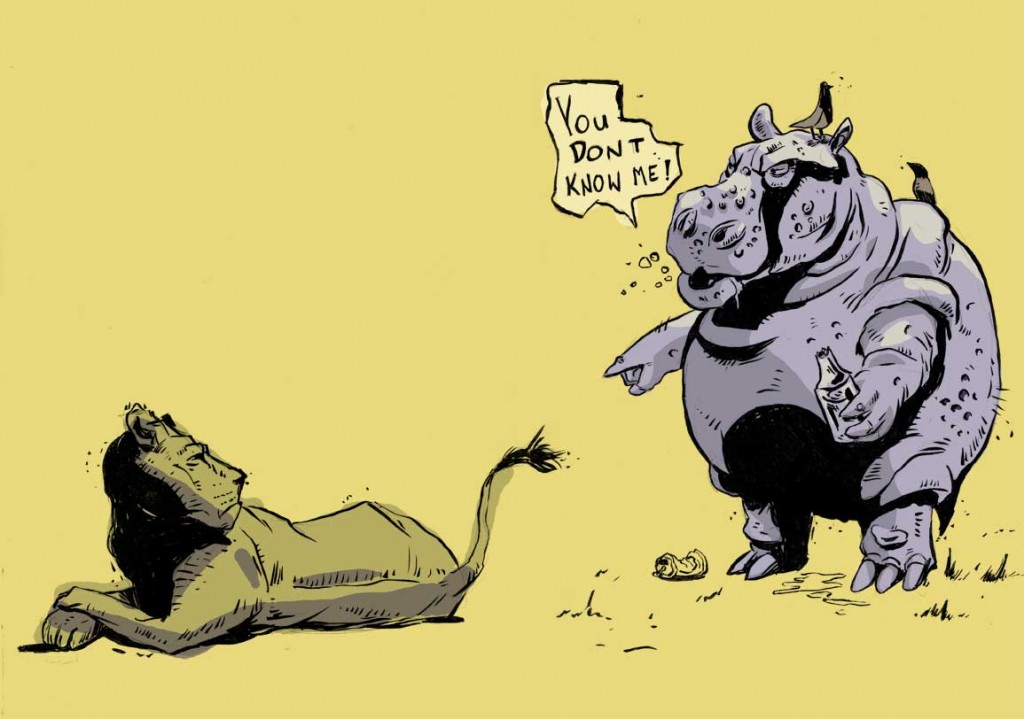 Also here are some fish. 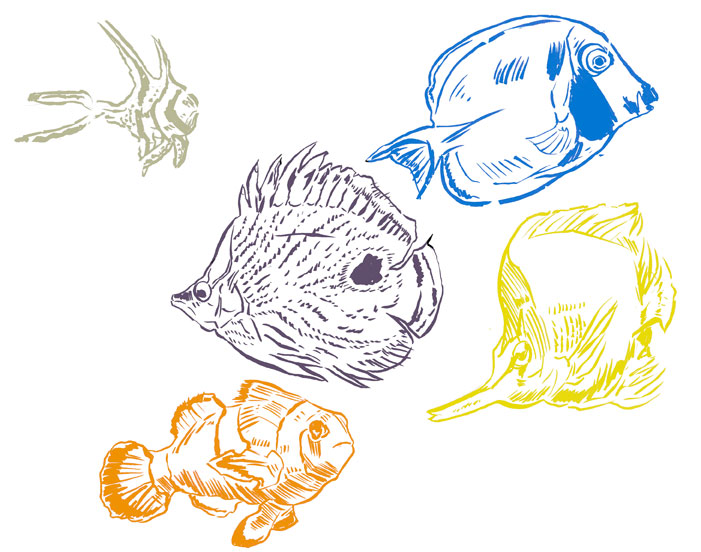 who doesn’t love fish?!  I’ll be posting a few other things this week that are unrelated to Monday craziness.

2 Responses to Sketches and Dreams