Recently I have found out that Bill Murray Spider-Man is somewhat popular in certain circles.  I was inspired by this new appreciation to continue the dream into a brand new project.  So I’ll be doing a series of pieces that I like to call “My Ideal Super Hero Movie Cast!” or (MISHMC) for short.  I’m thinking i’ll do around 10 pieces unless I’m particularly inspired to continue with it.

I was particularly excited about this first piece.  Its actually an actor playing a character, playing another character. 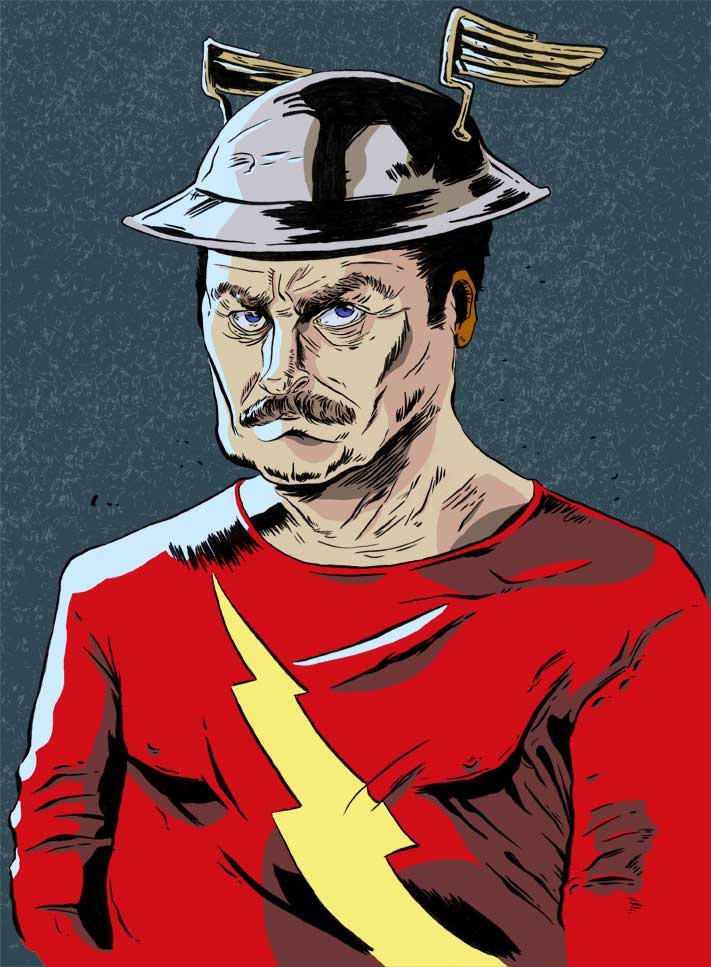 For those of you who haven’t seen Parks and Recreations (which you should, immediately before you finish reading this post) this is a character named Ron Swanson who is played by Nick Offerman.  I would say Nick Offerman could play the Flash, but I would really just like him to act like Ron Swanson.  So in this particular scenario we’ll just say that Ron Swanson somehow gets the same powers as The Flash.  This is in a similar format to Bill Murray Spider-Man to add consistency to the project as i ease in to it.  In the future i’ll bump it up a notch with the composition and pose.

Also I will be taking requests for those of you who have a particularly inspired actor/super-hero pairing.

One Response to New/Old Project